When it comes to a film like Tanhaji – The Unsung Warrior, the expectation is that of a situational score. Moreover, since the core genre of the film is action-drama, all that is required too is three to four tracks that come at just the right points in the film. This is what the team of composers, lyricists and singers delivers as well. 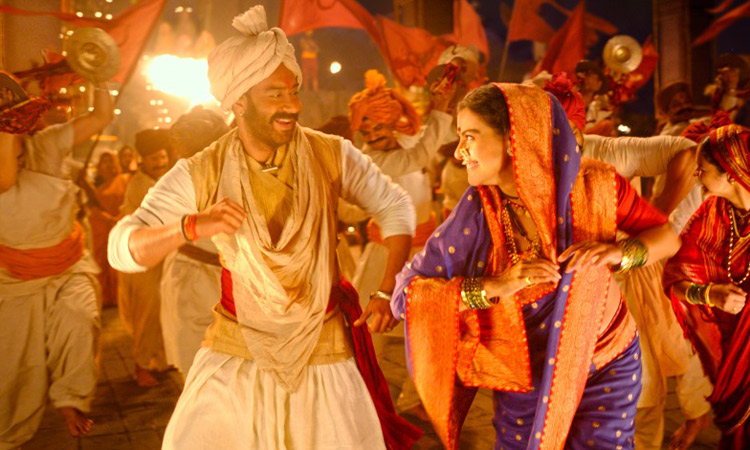 It’s a euphoric beginning for Tanhaji – The Unsung Warrior as composer Mehul Vyas puts together a ferocious piece, ‘Shankara Re Shankara’. He sings this Anil Verma written track as well along with Adarsh Shinde and together the trio delivers a song which has a 70s and 80s feel to it in the way it is orchestrated and delivered. For the situational in the film, this one works.

The experience of Sukhwinder Singh and Shreya Ghosal is apparent right at the beginning of ‘Maay Bhavani’ which pretty much takes off from where ‘Shankara Re Shankara’ left. With both the songs based on Indian Gods, one can sense the kind of feel that the team wanted to bring in the soundtrack here. Ajay – Atul bring in their characteristic style into play in this Swanand Kirkire written number, especially in the way ‘mukhda’ transitions to ‘antara’. Yet another situational number, this one goes with the essence of the film.

Sachet-Parampara, who are known most for their melodious songs, especially in last year’s all time blockbuster Kabir Singh, showcase their versatility with ‘Ghamand Kar’. They compose as well as sing this Anil Verma written number which is ferocious in its appeal. Pretty much the theme track of the album, this one has a haunting sound of ‘ra ra ra ra’ which elevates the soundtrack to a great degree. Appearing at just the right juncture in the film, this one should actually have been the opening song of the soundtrack as well. Very well orchestrated.

Last to arrive is ‘Tinak Tinak’ and this too is a product of Sachet-Parampara and Anil Verma combo. Appearing during the end credit roll of the film and picturised on Kajol, this one has Harshdeep Kaur coming behind the mike. Though the styling of the song compliments the kind of set up that Tanhaji – The Unsung Warrior boasts of, somehow this one doesn’t quite manage to make much of an impression. More so since the film as a whole doesn’t really have any romantic undertones and hence this one comes across as rather misfit.

The soundtrack of Tanhaji – The Unsung Warrior delivers as expected. Though there aren’t many memorable songs out there, they do well enough to keep the film’s narrative engaging.

Gang Lucha
Find movie reviews from the most recent Hollywood, Kollywood, and Bollywood movies and more. You can also read art and music reviews, as well as book reviews.
RELATED ARTICLES
Music Review

Digging Into The Discomfort With ‘Love Storiyan’ In Kesariya